Over the last year, Rust has replaced Python as my favorite programming language. Recently, the Rust community celebrated the second birthday of Rust 1.0, and the birthday blog post mentioned that 438 people contributed for the first time to the compiler and standard library this year.

This led me to wonder how this compares to other modern programming languages. Specifically, I was wondering about Go and Swift, languages that are of similar vintage and that compete in the same space of compiled, statically-typed languages with a performance focus.

One of the concerns I have seen from people about Rust's viability is the size of its community -- can Mozilla and volunteer contributors evolve Rust at a fast enough pace? And how does that pace compare to these other languages, both of which are backed by large corporations? 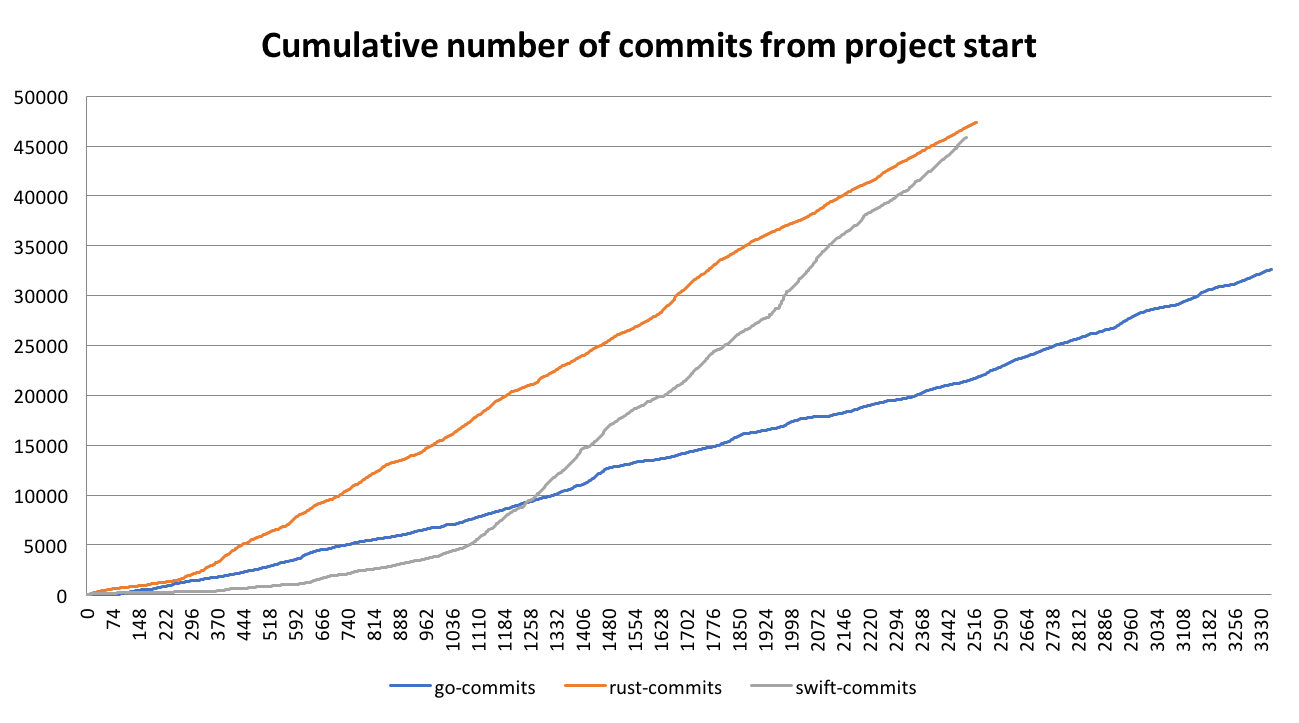 Then, I also graphed the cumulative number of unique authors: 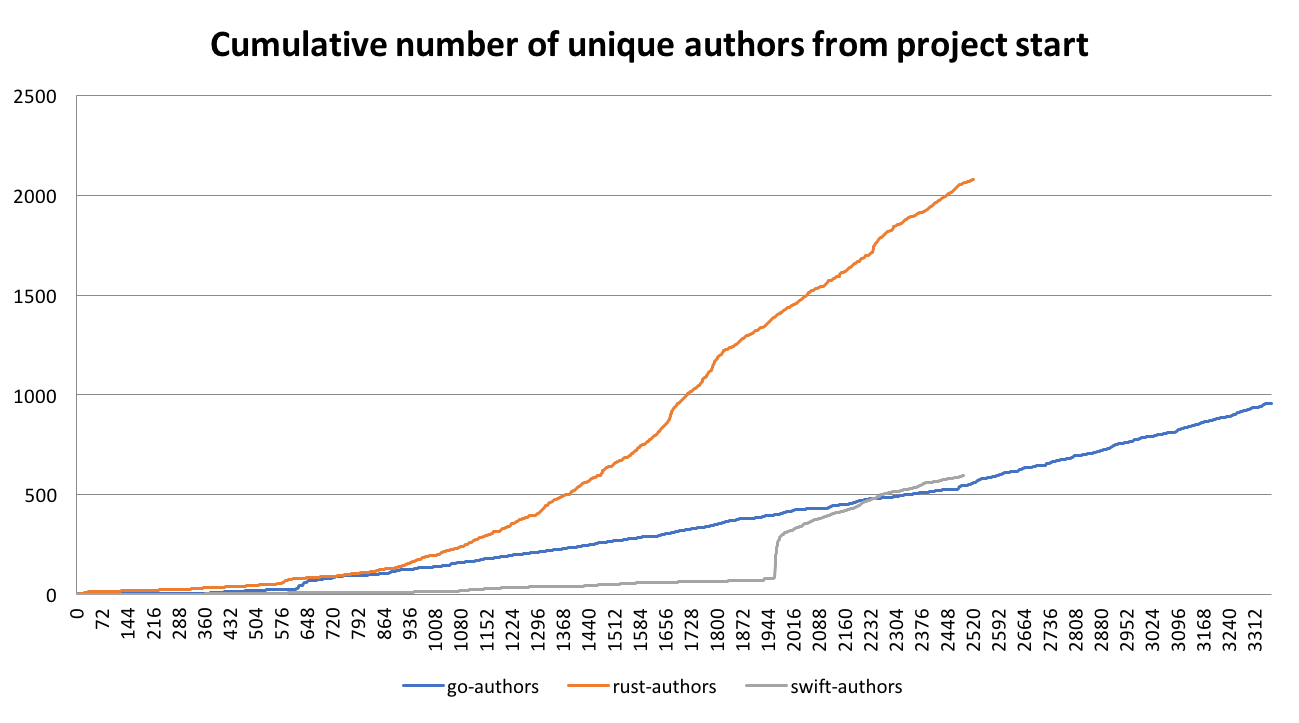 Clearly, this is a crude analysis (even ignoring the Excel charts). Repositories may not all contain the same depth of components (like compiler, standard library, documentation), and commit sizes could substantially differ due to differing project cultures. Still, two broad patterns are apparent:

As a result, I'm confirmed in my optimism about Rust's future.